People ask me if I listen to podcasts other than my own, and yes, of course I do! (But I almost never listen to my own!) And instead of doing another “portion control” and “eat healthy” episode (because that is what everyone does at this time of year, I decided to make a list of my Top 12 podcasts. I listen to many more than that, but I needed to stop somewhere.

These are not listed in any particular order of preference, except for one. The first one.

Meron Bareket’s Inspiring Innovation podcast. Meron was my first guest, way back on MYST 3. Meron is the expert who taught me what I know about podcasting. If you want to learn how to podcast, here is his free Starter Kit! (Side note: the voiceover artist for Meron’s show is none other than Matt Young, who also performs my intro and outro. Links to his business are below.) This show will reveal the secret strategies of successful entrepreneurs, and then give you immediately actionable steps that you can take to bring you closer to success. 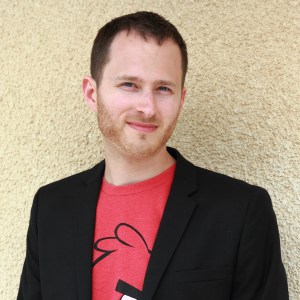 Learning with Leslie from Become a Blogger.com is another podcast that is more focused on blogging and podcasting, but has information that can be used in the classroom or any business. He is “trying to change the world, one blog at a time!” Leslie Samuel has an enthusiasm that is contagious and a smile that comes through your ear buds. He, too, will give you everything he knows in order to help you find your personal success.

Pat Flynn bring two shows to this list, the original Smart Passive Income (which was the first entrepreneurial show that I listened to) and his newest show, Ask Pat. Both are excellent resources.  SPI is a longer format (40-60 minutes) and primarily interviews with other entrepreneurial leaders, authors and business gurus. You can never predict what will be covered on each show. Ask Pat is a short format 9-12 minutes, and arrives Monday-Friday. He answers a listener’s specific question and lists that in the title, so it is easy to know if each show is critical to your success (and most are, in my opinion.)

I listen to a lot of public radio, and always have. National Public Radio (NPR) brings many shows to this list. The TED Radio Hour is probably my most eclectic show on my podcast playlist. There is no way to adequately describe what you will learn on this show. It is one my most useful podcasts for the classroom. (I only wish it came out more than once a week.) It is hosted by Guy Roz. Follow the show on Twitter @TEDRadioHour.  Wait, Wait, Don’t Tell Me is NPR’s weekly current events news quiz, but these quizzes are nothing like the current events quiz that Mr. Kuegel gave me back in my 7th grade US Civics class at DC Everest Middle School! And if you want to know about cars, well, Car Talk is sort of about cars. Mostly, the show is an hour of listening to Click and Clack, the Tappet brothers (aka Tom and Ray Mogliozzi) who use cars, car problems, and listener calls to wax poetic about life, marriage, and how to avoid work. (Note: Tom died on November 3, 2014, at age 77. The show continues airing previous shows, and remains as funny as always.) Planet Money is a show about the economics of everything, and interwines politics, psychology, sociology and every other -ology you can think of, because money really is the center of all things. But this econ class is interesting and at the level that everyone can connect with. Marketplace is a daily (Monday-Friday) business show produced by American Public Media (APM), which also covers the politics of business, government concerns, global markets, and  brings those high level issues down to the level of our checkbook and the price we pay for milk.

The last three featured on this episode are science-based. Sort of. You’ll see as you read.

Skeptoid is a weekly show from Brian Dunning, my guest on MYST10.

The best description of this show is from the website. “Skeptoid: Critical Analysis of Pop Phenomena is an award-winning weekly science podcast. Since 2006, Skeptoid has been fighting the good fight against the overwhelming majority of noise in the media supporting useless alternative medicine systems, psychics preying upon the vulnerable, the erosion of science education in the classroom, xenophobia of advanced energy and food production methods, and generally anything that distracts attention and public funding from scientific advancement.”

The Skeptic’s Guide to the Universe is another science podcast that is dedicated to exploring science–and mistaken assumptions about what people think are facts–in a panel format. Hosted by neurologist Dr. Steven Novella, each week the group tackles current news articles and digs to uncover the real story behind the facade. Now, I will be the first to admit this: sometimes, this show gets very deep scientifically. I don’t always have a good enough knowledge in physics to understand some of their discussions, but they make enough understandable that I am able to learn from them

Lastly, but not leastly, my friends Neil and Joe from London, England, produce the Warp Ten podcast. This is a show for the true Star Trek nerd. And yes, I am talking about myself. Neil (the diehard Star Trek fan) and his roommate Joe (NOT a Star Trek fan, “but trying damn hard!”) have ambitiously decided to watch every episode and movie of the Star Trek Prime universe (not the J.J. Abrams movies) in stardate order. At the current rate of two a week, they have more than 6 years left to record. Joe will either be converted and become a Star Trek fan, or his head will explode. This show is sometimes a bit rambly. They get off topic occasionally, and there is plenty of “frat house” humor. Their language has earned them an “Explicit” label, and it is well-earned. They are true to themselves. If you are put off by vulgarities, don’t listen. If you need excellent and uniform volume levels, well, they don’t have that, either. Of the 12, this is the most personal and non-commercial show. These two guys are making the show they want, and are defying the conventions about knowing your avatar. They are talking to people like themselves. If you are a Star Trek fan, give it a listen.

Other shows that I also listen to, but didn’t feature here (because I didn’t want this episode to last for hours!):

Julie Sheranosher’s shows, Time Hackers, and Time Hackers Hero Edition are both designed for the entrepreneur (or teacher, coach, or anyone) who needs help in finding more time in their day. Time Hackers in a Monday and Thursday show, each about 15 minutes, with simple time hacks that work! She helps you find missing time! In Hero Edition, this weekly show focuses on a single successful entrepreneur as she interviews him or her to find how these business leaders manage their precious time and get stuff done.

Julie was my guest on MYST 14.

Entrepreneur on Fire is from John Lee Dumas. A true daily show (seven days a week) he talks to the leading entrepreneurs of the time, finds out how they do what they do, and mines for the gems of wisdom so that everyone else can learn.  John was my guest on MYST 36. His show is a must-have for anyone who has the passion for entrepreneurship and needs some guidance.

The So To Speak Show, with Lode Roels, is a show that an audiophile would appreciate. He focuses on radio and podcasting, as well as just about anything that can be recorded.  Lode is currently from Canada, but spent time on the radio in Belgium. Everything sounds better with an accent!

Authors need to listen to Ani Alexander’s Write 2B Read podcast. She was my guest on MYST 38. She is an Amazon best-selling author and the only podcaster based in Armenia (as of today’s date.) If you are an author or want to be an author, you need to listen to this show. She gives her experiences, tips and encouraging advice, as well as interviews authors from around the world to find out their success steps. If you have a story inside you–and we all do–you need to listen to Ani.

NPR’s Intelligence Squared US Debates brings “Oxford-style debate to America – one motion, one moderator, two panelists for the motion and two against. From clean energy and the financial crisis, to the Middle East and the death of mainstream media, Intelligence Squared U.S. brings together the world’s leading authorities on the day’s most important issues”. A great way to hear both sides of an issue in a controlled and balanced format. Pop Culture Happy Hour “is a lively chat about books, movies, music, television, comics and pretty much anything else that strikes a nerve, all in a weekly roundtable from NPR.

Because I am a chef at heart, APM’s The Splendid Table “is public radio’s culinary, culture, and lifestyle program that celebrates food and its ability to touch the lives and feed the souls of everyone. Each week, award-winning host Lynne Rossetto Kasper leads listeners on a journey of the senses and hosts discussions with a variety of writers and personalities who share their passion for the culinary delights updated every Friday.” And produced in Wisconsin is another health-related show. “Laughter is the best medicine and you’ll get a healthy dose of it on Zorba Paster On Your Health. Family doc Zorba Paster, teams up with co-host Tom Clark for a jam-packed hour on healthy living that’s as irreverent as it is informative.”

I hope this list gives you a few new ideas. If you are a podcast, and I didn’t list you, it isn’t that I don’t listen to you, it’s that my show (and the show notes) can’t be infinitely long. Take no offense if you are not listed here.

Voiceover courtesy of Matt Young. Matt is a professional voiceover artist. If you have any need of voiceover work, for your podcast, radio spot, or whatever, you can reach Matt by a variety of methods. He is on LinkedIn. On Twitter. And Google+. And you can read his really nice, contemplative blog. Matt was also my guest on MYST 54. Give his story a listen!

Some links (but not all) within these show notes may be Affiliate Links, meaning that I may receive a small commission when readers click on them and then purchase something. This does not increase your cost at all, but it does help me cover some of the cost associated with this podcast. Thanks!