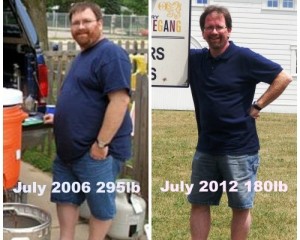 Who am I? Why listen to me?

Read on, or listen HERE.

I’m a registered nurse. I KNEW that I needed to lose weight. But knowledge and action are two different things. And as I gave discharge instructions to the ER patients, when I said the phrase, “Lose some weight, eat healthier, and exercise more” I felt pretty useless. Hypocritical. But again, knowledge does not equal action.

And it wasn’t like I had never tried to lose weight. I ate Nutri/System food (back in the mid-80s.) And the cabbage soup diet. Hypnosis (with two different therapists.) Atkins. The Zone. Phen-fen. Weight Watchers. I failed at everything. And I kept gaining weight.

Finally in July 2008, my wife and I found a book called the “Sonoma Diet”, which was a variation of the Mediterranean diet. It focused on eating the correct portions sizes of healthy foods. (Remember the phrase “correct portion size”. There will be a test later.) Between July 2006 and July 2008, I had managed to lose 8.5 pounds. On July 25 I started the Sonoma Diet at 286.5 pounds/ 130Kg. Over the next few months, I was successful in losing weight until May of 2009 I weight 217 pounds/98.6Kg. I had succeeded! I won! 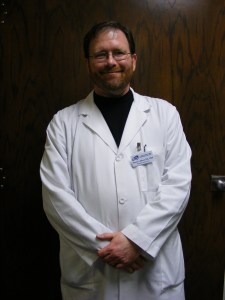 And then I got complacent. The weight, which I thought was long gone, began returning. And while I would occasionally do something to slow the progress, I never really stopped it. By May, 2011 I weighed 265.5/120.6Kg. I was back to wearing my “fat suit”.

This was the May 2011 graduation for my nursing students.When I saw how big I had gotten in that picture, something, some switch inside me was tripped and my life changed.

At about the same time, I found an app for my phone called Lose It! which was a simple calorie counting application. It helped me get on track and stay on track. I reached my goal on January 19, 2012 and have staying within my goal range since that time.

How did I do that? I took responsibility. I accepted that the condition of my body was a consequence of my decisions. See, success and failure are not accidents. They should not surprise you, because whatever result you achieve is a direct reaction to the choices you made.

I have been a salesman. I grew up listening to motivational tapes while driving with my parents. I still read motivational books and listen to audiobooks. That mindset–the mindset that says anything can be accomplished with the right effort and decision to never surrender–was ingrained in me as a child. It has never gone away.

I try to instill that into my nursing students. I tell that to the users of Lose It! (I am now one of five moderators for Lose It’s 3 million active users.) I have written about it on my blog. And now I am telling it here and in my podcasts. I want to help people become the person they want to be, the person they deserve to be.

I can’t do the work for you. I don’t have any magic solutions. And you won’t hear anything from me or my guests or  that you haven’t already heard. But that’s okay. Sometimes, you need to hear something repeatedly, from different sources (like my Top 10 Secret Steps for Success, from 10 of my guests) until you hear a voice that speaks to you.

Join me and listen to these voices.

I believe in you. I know that you can succeed, if you start now, take the right actions, and never, ever surrender. 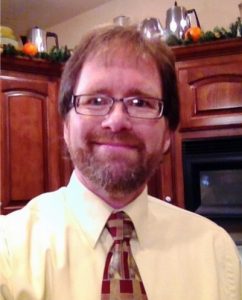 6 thoughts on “About Me”