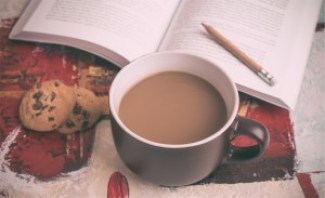 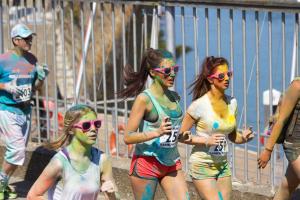 Which is it? Diet or Exercise?

When people hear that I once weighed 305 pounds (138kg) and was able to lose—and keep off—125 pounds (57Kg) I still get asked the same question:

“So? What’s your secret?”  As if there is a secret to successful weight loss!

I almost always get the same response to my reply: “Diet and exercise.” It is a little half-frown, a micro-step backwards, and then, “Ohhhhh.” As if that secret wasn’t good enough.

But that is it! Diet: in other words, eating the correct amount of calories and Exercise: moving more to burn more calories. Nothing else. But…there is more to it than that!

This show will focus on the three phases of weight loss, and how “diet and exercise” remains the foundation of successful weight loss even as how “D & E” habits become modified through each phase.

Nothing can stay the same and remain successful. Things always change, even how you lose weight.

And first, I want to thank one of my LoseIt friends, Mike Pfirrman. He posed a question in the LoseIt forum about this topic, and in crafting a response, I realized that I don’t think I’ve ever really addressed this specific topic. So, thank you, Mike! I hope that your question will eventually help many people, even beyond the world of LoseIt!

His question was “If weight loss happens in the kitchen, why am I reading than nine out of ten people who are formerly obese, regain all their weight over a 5 year period if they don’t exercise?”

His question actually addresses not “weight loss” but “weight maintenance”, which requires a different mindset. But I will get into that shortly.

The genesis of his question is that many people come to LoseIt as ask what exercises they need to perform in order to lose weight, and the stock answer is a variation on this: “Weight loss happens in the kitchen. Fitness happens in the gym. Focus on eating correctly, because you can’t out-exercise bad eating habits.”

And I stand by that answer. It is true. Mostly. In this show, I will dissect it more accurately, addressing each weight loss phase.

The first phase is “Early Loss.” Especially when a person has a lot of weight to lose (50 or more pounds) it is not uncommon that not only is the person overweight, but they are also under-active. And their lack of activity is partly due to low/no stamina, painful joints, shortness of breath or other weight-exacerbated conditions that already exist.

Could an overweight person focus on exercise only and lose weight? Certainly. Will they? Unlikely. If a person has been sedentary long enough combined with bad eating habits, becoming consistently active enough to promote significant weight loss is probably not a realistic goal. I will take myself as an example. When was 305 pounds, I struggled to slowly walk a quarter mile (400m) with my dog Ozzy. By the time I reached that point, I was short of breath to the point of being lightheaded. I had no stamina. Physically, I was all I could do to walk that short distance. If someone had told me, “Trevor, the only way to lose weight is to start a P90X routine” my response would have been, “Sure. Right after I eat this container of ice cream.”

No. In that “early loss” phase, we need to focus on something that is equally hard but within the realm of physical possibility. We need to focus on finding a correct diet. And by “diet”, I mean calorie budget. Personally, I do not subscribe to the idea that any one food, food group, or macronutrient is the source of all weight problems. I know that many people have strong beliefs about this. Some promote eating paleo, some promote low fat, some promote gluten free, some suggest no artificial sweeteners, some no processed carbs, some want meal replacement shakes, and so many others.

That isn’t me. I believe that total calories is the problem, and to fix that problem you need to change your total calories consumed. So, with that in mind, and with the help of LoseIt, I found a calorie budget that worked for me. I learned to eat the correct portions (oh, yes, “portion control” is a major component) by weighing and measuring my foods. I logged everything I ate, because how else do you really know what you’ve eaten. And I ate my budget.

And in the first phase of my losing, that worked. I started losing weight and at the same time, I started making portion control and logging a daily habit. I made it part of my routine life. I made it a new habit, a good habit. All because I was focusing on only one thing, day after day.

After the losses had progressed for a few months, I moved into “Continued Loss” phase. I had dropped from 305 to under 275 in about 3 months. It was a nice steady progression and I was about 20% towards my goal. But during that time, I still needed to walk my dog every day. I didn’t do anything special related to exercise. I just walked my dog, but by the time I reached this point, I had started walking longer distances. I was walking up to a mile, sometimes twice a day.

At this point in the weight loss journey, physical activity started to become easier. I started walking more, sometimes even without Ozzy. My losses continued to accumulate. My calorie budget would slowly drop with each logged loss (about 8 calories per pound) but I was still eating the full budget and still losing weight at a fast pace (around 2 pounds a week—I was still 95 pounds from my goal.) But it is during the “Continued Loss” phase that exercise first needs to be addressed.

Remember, as you lose weight, you need fewer calories for survival, which means your budget will drop. Oh, not much at first, but over those first three months, my daily budget had dropped by about 320 calories! That will continue to work for a while, but eventually, especially when you are close to goal, that “budget only” loss plan will give you a budget that is so low as to be unsustainable and unhealthy. The only way losses will continue is by increasing activity.

During the “Continued Loss” phase, you need to gradually increase your activity. This can be simply walking longer and longer distances (as I did) or adding different activities (bicycles, swimming, weight lifting, etc.) You still need to follow your budget, but these new activities will give your losses a bit of a boost because you are now burning even more calories. And when you are close to the goal, you will need to eat those exercise calories because your base budget might be nearing that “too low” zone (below your Basal Metabolic Rate).

Okay, so in “Early Loss”—the first 20-25%, you focus on changing your eating habits, and very slowly add gentle activities.

“Continued Loss” phase keeps the budget focus but brings more exercises to the plan, enhancing your losses and at the same time, building stamina, strength and physical confidence.

The last phase is what Mike was talking about. “Maintenance” is a different aspect of weight loss, and is where most people stumble and fail. If you have solely been using calorie restriction for weight loss, by the time you are at a normal BMI, your calorie budget will be low. Very low. Again, possibly at that unsustainable level. And to continue living on such a restricted budget–continue for the rest of your life, which is how long maintenance lasts—you will probably become one of those “nine of ten” that Mike mentioned.

But if you had successfully made the transition from primarily focusing on your budget to keeping to your budget while increasing your physical activity, you will probably be that one of ten. You will have discovered that sweet spot between activity and budget and when you find that, you are on the smooth ride for success.

My maintenance continued successfully because I kept walking. When I was on the job at the hospital, I added 50-70 flights of stairs a day, to add to my activity. I still ate my budget, and logged all my foods, but now the focus was more on activity (because the food aspect had become a good habit.)

Oh, you noticed I said “my maintenance continued successfully…” using the past tense? Yes, that is correct. My maintenance period ended, and it ended for the same reason Mike’s “nine out of ten” failed. My activity came to a grinding halt. About a year ago, my knees failed to the point where walking any distance was incredibly painful. I was back to that ¼ mile limit, not because I was short of breath, but because my knees, both “bone on bone” would feel like small blast furnaces had been implanted under my knee caps. I could still—had to—walk at the clinical sites, but no stairs, ever. And I only tolerated the walking because I had a cane, strong anti-inflammatories during the day, and strong narcotic pain killers for after work.

And the weight came back. At my peak loss, I was down to 175, and for about 2 years I fluctuated between 175 and 185, which I considered my success zone. And then in the summer of 2014, that ended, and the weight began adding up. I’m now at 205, twenty pounds over the upper border of my success zone. All because I couldn’t drop my budget low enough, and enhanced by the fact that my walking was negligible.

Now that I am fully one month after knee replacements, I foresee a return to my success zone again. It will take until March or April 2016, but I will get back. I now know how to get there, and know what it takes to stay there.

If you are in any of the three phases of weight management, I hope these ideas are helpful. Leave a message in the show notes or use my Speakpipe message system to leave me a 90 second voice mail!

Some links (but not all) within these show notes may be Affiliate Links, meaning that I may receive a small commission when readers click on them and then purchase something. This does not increase your cost at all, but it does help me cover some of the cost associated with this podcast. Thanks!

Voiceover courtesy of Matt Young. Matt is a professional voiceover artist. If you have any need of voiceover work, for your podcast, radio spot, or whatever, you can reach Matt by a variety of methods. He is on LinkedIn. On Twitter. And Google+. And you can read his really nice, contemplative blog. Matt was also my guest on MYST 54. Give his story a listen!